I just recently saw an ad on television about the new ps3 going on sale for a low price and they touted how “IT DOES EVERYTHING”.

Made me think about the Iphone.

I have been meaning to inform the masses through my blog about all the wonderful things that it can do.

Let me start by saying that I wanted one before they were available, yet I still held out until the first gen bugs were out of the way and gps was available. See I am a big fan of GPS and when they put it in their second gen Iphone, well I just had to have one.

I have not regretted it one bit. Best phone I have ever had!

I used to dream of an all in one compact phone and the Iphone is about 95% the phone I always wanted.

Let me tell you all the things that I wanted a cellphone to be/do and then I will come back to the IT DOES EVERTHING part.

First I wanted a cell phone that was small and compact but not too compact. One that I could easily keep clean. I wanted it to have WiFi, GPS, be able to play music on it, watch video, and easily get on the internet. Well the Iphone and many other phones these days can do this. The Iphone just does it better.

But wait…there’s more….
I also wanted a phone that had a camera,  weather reports, video recorder,  fancy email,  radar detector,  police scanner,  and remote control for the tv.

Can the Iphonedo this? YES IT DOES EVERYTHING.

Ok the radar detector is not exactly like the ones we are normally thinking of that detect the policeman 2 miles down the road. Instead its an app called aSmart HUD +SpeedCams and you can use it to detect speed cameras along your route. It will give you warnings in advance.  It visualizies your, current speed, average speed, time, heading, altitude, weather forecast for nearest 48 hours the with 3-hour time interval, maximum reached speed (during the current trip or all your trips), maximum altitude and maximum distance to the starting point of your trip. Tapping the “HUD” icon mirrors all the text, so if you position the iPhone horizontally under your car’s windscreen you can see perfectly readable half-transparent reflection of the picture displayed. Of course this works best when not in complete sun.

I wasnt kidding about the police scanner. This is super easy to acheive on the iphone with Wunder Radio.

Ok for the things I wanted/needed….here is what I use.

So basically I always wanted a phone that could play music, play back video, take pictures and video, get on the internet, use wifi whenever possible, has built in gps for navigation/other, a radar detector, a police scanner,  and stream live tv to it….. the iPhone… IT DOES EVERYTHING.

(disclaimer: while I didnt mention that it can not open a beer or remove that rusty nut on a bolt, I’m sure there is an app for that. There are tons of apps that make the iphone the ultimate swiss army tool, just gotta look for em) 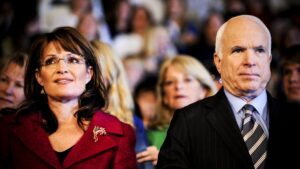 Sarah Palin has been chosen as the offical VP for John McCain She is 44 years old, Alaskas first … END_OF_DOCUMENT_TOKEN_TO_BE_REPLACED