Dressed in skimpy boy shorts and see-through mesh tops, crowds of women are competing for spots in a new controversial Lingerie Football League that will feature 7-on-7 tackle football games in several states. 50 women tried out Friday for the area’s newest football team — the Seattle Mist.

The Mist is one of 10 proposed teams in the Lingerie Football League, an expansion of the popular 35-minute Lingerie Bowl games played on pay-per-view during Super Bowl halftime the past three years.

The Lingerie Football League started as a pay-per-view, counter-programming stunt during the halftime of the Super Bowl. Now, it has grown into a complete 10-team indoor league.

A lot of people are wondering just what do these women get when they make the team, well the women who make the team will make more than $40,000 per year, and there is a possibility for ad spots featuring some of them.

League play won’t start until next September, partly because football skill isn’t a requirement. The tryout at Green Lake Field was more about testing athletic ability and gauging beauty.

So I just got to ask you one thing…. ARE YOU REEEEAAADDYYYYYYY!!!!!! 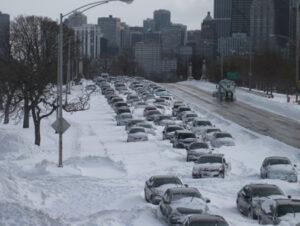 February 9th, 2011 | Informational Its snowing once again here in North Mississippi. For those of … END_OF_DOCUMENT_TOKEN_TO_BE_REPLACED