Two for Tuesday, yes two articles/posts in one day. You should feel special.

Do any of you remember that has been band OASIS ? Well Noel recently got a nice set of bruised ribs from a fan. It seems like the whole world is in a buzz about it I guess because he got whats coming to him.

Did I mention holds the #4 spot for top assholes in rock?

Noel Gallagher is known for being controversial and his outspoken statements in the press. In a 1995 interview he expressed a wish for Damon Albarn and Alex James of rivals Blur to “catch AIDS and die”. I would also like to point out Mr. Gallagher’s hate towards artist Phil Collins. Mr. Gallagher said such things as “People @#$%ing hate cunts like Phil Collins, and if they don’t — they @#$%ing should” and “Why did he sell so many records in the ’80s? I mean, @#$%ing hell”, as well as “Phil Collins sells a lot of records but he makes $^it albums.” Also “Vote Labour. If you don’t and the Tories get in, Phil is threatening to come back from Switzerland and live here — and none of us want that.” He also referred to Collins as “the anti-Christ”. Mr.Gallagher has not been shy about slating his idols either. When the Bealtes George Harrison accused Oasis of being little more than a “passing” fad, Gallagher replied “George was always the quiet Beatle, maybe he should keep that up.”

I can do this all day, google is an abundant resource for finding things that he said.

Check out the beat down video below.

March 4th, 2009 | My Thoughts, Videos Welcome to Wednesday, or Humpday as many like to call … END_OF_DOCUMENT_TOKEN_TO_BE_REPLACED 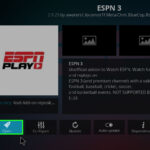